It used to be a refurbished milk factory in the country side of Bierbeek (near Leuven - Belgium), offering rehearsal space for performance art, ateliers, expositions etc...
At the end of 2019, we closed doors for a huge renovation as the company moves on to new challenges outside the art world under a new ownership.
This site is a testimony to the legacy of the artists collective 'De Filmfabriek'.

This site gives an overview of recent works, as well as a link to the legacy of over 20 years Filmfabriek.
Created in 1994, it was the home of artists as Ann Quirynen, Anne Heyman, Peter Missotten, Wies Hermans, Kurt d’Haeseleer, Ief Spincemaille, Bram Smeyers, Klaas Verpoest, Bart Winant, Peter Vandemeulebroecke, Peter van Til and many others. From 2000 on, Peter Missotten was the artistic director of de Filmfabriek. He works now as an independent director and stage designer for performances and contemporary operas. He teaches Performance Arts at the Toneelacademie Maastricht. He's Professor Technology Driven Art for the Arts department of Zuyd Hogeschool the Netherlands. Keep in touch with technologydrivenart.org and petermissotten.be

* On vimeo, you can get a glimpse of a few of the project of de Filmfabriek and Peter Missotten: watch here!

* Set Design and directing of the world creation of an opera by Bernhard Lang 'DER GOLEM' at the Nationaltheater Mannheim. Opening night: April 16, 2016…
After working for a year on the video libretto for this new opera by the Austrian composer Bernhard Lang, we're now directing the world première in Mannheim. Although we've been training for three years now, my dog decided not to be a part of the performance. He goes for a career in the movies.


We've got a lot of very positive reviews!…
A super review in the Frankfurter Allgemeine (19/04/2016 - 'Man sieht, was konsequente Theater Arbeit zu leisten vermag') and an even better one in the Wiener Zeitung (20/04/2016 - 'Eine Fantastische Reise ins Unterbewusste').
Although it was quite an exhausting job (combining direction, stage design, video and light), It has been an honour and a privilege to make this opera at one of the largest stages in Europe. Special thanks to Bernhard Lang and Klaus-Peter Kehr for the confidence, and to Kaz Schonebeek (my assistant) and Casper Wortman (my video assistant) for the support and the hard work.
An overview of the press reviews can be found here.

This is a registration of the opera, for private/educational purpose only. Password is the name of my dog.


You can watch the video libretto here online. It has no sound, that's why it's a music libretto…


* A few new video installations for the Mozartsommer Festival in Mannheim and Schwetzingen.
Based on the aria 'Basta Vincent' by Mozart, written during his short stay in Mannheim, Peter Missotten conceived two twin video installations in collaboration with Peter van Til.
In the foyer of the Nationaltheater Mannheim….

And as I promised my friend Perro a career in the movies,
I made a small video installation,
called 'Und das Warten'….

* 'Titanic'
After the succes of 'HADES', part of the 'Odysseus' presentation at the ITs Festival Amsterdam 2016, by the Platform for European Theatre Academies PLETA, we presented 'TITANIC' a new international project with 8 students of 7 different European countries. In a gasometer…. You can find all about it here…
* Set and light design for Guilherme Miotto – In Memory of a projection - A production by Dans Brabant and Korzo.
* Inaugural Speech as professor Technology Driven Art as Zuyd University Maastricht, nov. 6 at the Toneelacademie Maastricht
* Set and light design for Guilherme Miotto – Schau’n se mal um die Ecke
* RISE UP - set design for a new dance creation by Ghuilherme Miotto for Korzo
* SLUTS OF POSSESSION - Set design for the dance performance by Gui Miotto and Rosie Kay. Video by Louis Price.
* AN EXPOSURE BY - new work by Peter van Til and Peter Missotten, in which they hack into the history of Art - from Fra Angelico till Delfts Blue's.
* UNPUNISHED - a dance project of Guilherme Miotto has been rehearsing at our studio's in Bierbeek from aug. 13 - 26. Premiere February 2, 2013 at Cadance. Peter Missotten does light and set design.
...a physical tour de force as the couple perform an anthropological compendium of trance or ritual dances... Sluts of Possession is an absorbing, fascinating encounter... The Guardian ...they dance with the projections, interacting with the images as they move into and out of the projector beam. In one sequence their silhouettes loom large on the screen, obscuring the footage going on behind them and becoming anthropological subjects themselves. The effect is uncanny... Fest
* ASINGONE - a video installation was on display at the Mozartsommer 2012 in Schwetzingen and Nationaltheater Mannheim.

On tape:
The video registration of 'KEPLER' by Philip Glass is still available worldwide on DVD. You can get it at Amazon.co.uk and Amazon.com

At last, most of our visual past has been digitised at full quality!
'THE WAY OF THE WEED' by Anne Quirynen, AnMarie Lambrechts and Peter Missotten a science fiction dance movie, featuring Thomas McMannus and William Forsythe is now available! Eng. Spoken 52min or 82 min (two versions available)

In loving memory of my over enthusiastic friend Perro 2013-21… 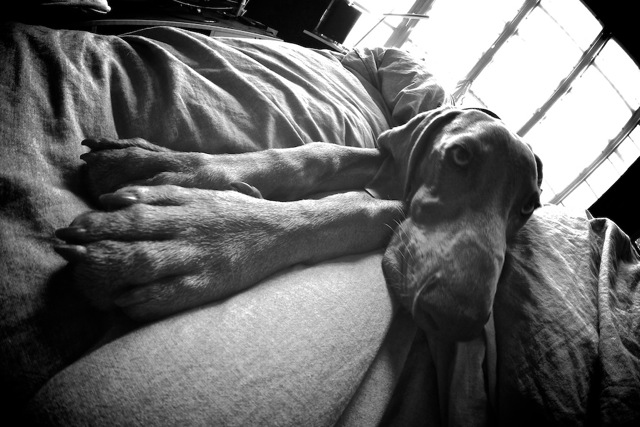